Congrats to Jaycee DeLorenzo, and her book release, The Truths About Dating and Mating!!!

I've been so excited to ask Ian Hollister some questions. Many thanks to Jaycee for letting him visit my blog so that I could drool...er, I mean, interview him.

*What languages can you speak?
English and bad English.  Although, I have picked up some Italian here and there while hanging out at Ivy’s house.  Nothing I can really repeat, though.

*On a girl, do you prefer jeans or skirts?
Jeans.  I prefer seeing curves rather than skin.

*I hear you have some ink...
Quite a bit, actually.  It hides the scars.

*Right now, I'm totally diggin' Assassin's Creed 3. Are you a gamer?
No, I’m not a huge gamer. I’ll play Far Cry Vengeance with my roommate, Matt, but he tends to get a little possessive of the game controller. I have plenty of other things to keep me busy.

*Is there a movie you love so much so that you know it line for line?
The Boondock Saints.  Best movie ever.  Period.

*What's your "go to" snack at the movie theater?
Can’t watch a movie without some Red Vines.

*What was your Halloween costume this year?
Sid.  Ivy was Nancy.

*Of the three, would you rather be bitten by a vamp, a zombie, or a werewolf? Why?
Well, a zombie would eat my brains and I would die. A vamp would suck my blood and I’d either die or get turned into one, and I have no interest in living forever.  So I guess I’d have to go with werewolf.  Sure, it would make me a little harrier, and I’d probably have a change in diet, but at least I’d still get to be me most of the time.

*What are your thoughts on PDA?
A little kissing and hugging, fine.  Making out?  Get a room.  No one wants to see that.

*Name something Ivy does that drives you crazy.
Man, the number one thing that drives me crazy about Ivy is that she has the hardest time admitting she’s wrong.  You can present all the facts to her, proving how wrong she is, and she will still insist she’s right.

What's the first thought that comes to mind when I say the following ...
Strawberry – whip cream.
Tiara – Uh…well…yeah, I’ve got nothing.
Rubber ducky – You’re the one.
Maroon 5 – Ah! No, no, no…la-la-la…too late.  Now I’m gonna be singing Moves Like Jagger for the rest of the day.  Thanks a lot.
Ninja – Way cooler than pirates.

Thanks for stopping by Ian, and thank you to Jaycee for writing such a great character! 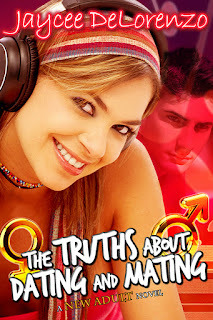 Being the only girl who cares to see beyond Ian’s bad boy reputation has its advantages, especially when he’s scaring off the jerks who just want to nail the campus sex-guru. It’s when he’s “protecting” her from the advances she welcomes that she wants to lob him over the head and tell him to butt out. But Ivy feels like she’s the one who’s taken a hit when Ian almost kisses her at a party. She knows she should feel relieved when he pulls away, so why is she disappointed instead?

What’s worse, Ivy’s now getting aroused by Ian’s slightest touch and can’t stop entertaining thoughts of a romantic future. But Ian doesn’t do relationships, and she’s not interested in anything casual. In the end, Ivy decides it’s best to keep her growing feelings a secret and hope they’ll pass. However, when Ian begins hinting at wanting to take things to the next level, she’s forced to decide if a chance at something more is worth risking everything they’ve built.

With their friendship and her heart hanging in the balance, can Ivy follow the advice she and Ian give their listeners - to communicate, be honest, and trust in themselves - or will insecurity, stubbornness, and pride ruin any chance of their relationship getting off the ground? 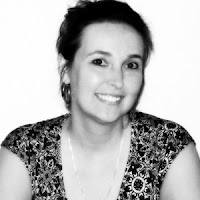 About The Author:
Jaycee DeLorenzo hails from Tucson, Arizona, on the outskirts of the Saguaro National Park – which she believes to be the most beautiful spread of desert in the world.  By day, Jaycee is an English language teacher to elementary students. By night, she’s a wife, mother, writer, cover artist, website designer, and blogger.  In her spare time, she enjoys reading, cooking, singing (very poorly), catching up on her favorite T.V. shows, and researching.
The Truths about Dating and Mating is Jaycee's debut novel, and the first in a series centering around students of the fictitious Riordan College.

Along with her tour, she's doing a rafflecopter giveaway!

Email ThisBlogThis!Share to TwitterShare to FacebookShare to Pinterest
Labels: Jaycee DeLorenzo, The Truths About Dating and Mating Blog Tour