Total props go to Gossip_Girl @ Just You Wait!! One Day I Will... for giving me the Kreativ Blogger award and to Andrea @ The Enchanted Writer who gave me The Versatile Award and mentioned me in her Random Acts Of Kindness post. 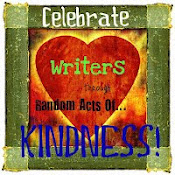 Thanks so much, girls! You both know how to make a girl feel welcome and loved!
If you don't follow them, I suggest clicking on the links and adding them to your reading list.

I'm combining the awards together in this post as follows: 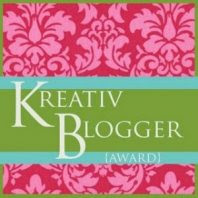 What is your fave song? Anyone who knows me and/or visits my blog KNOWS that I heart Maroon 5. So, obviously I will choose a Maroon 5 song. I love them all, so I'm just choosing Harder To Breathe, just because.

What ticks you off? Inconsiderate drivers. Yeah, you know the ones… they pull out in front of you, making you slam on your brakes, then they drive under the speed limit.

When you're upset what do you do? Feed the ducks and fish in the back pond. Seriously, it’s like therapy.

What is/was your favorite pet? Pennie, my dog when I was younger.

Which do you prefer black or white? Both.

What is your biggest fear? Losing my family

What is your attitude? I say how I feel. It sounds good in my head, but when it comes out, it may or may not sound all jacked up. LOL

What is Perfection? Does not exist.

What is your guilty pleasure? I don’t feel guilt about liking things, but I’m sure if I did, I'd choose Jersey Shore. I LOVE that show, and I get a lot of flack for it, but I really don’t care. 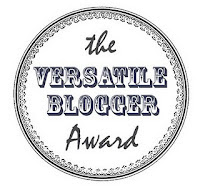 7 Random Things About Me:

1. I like to think that there's an imaginary bubble around me. If someone that I don't know very well or that I don't feel comfortable enough with invades that space, I'll move back. My sons, hubby, and close friends? They can enter at any time, but I don't like others all up in my face.


2. I changed my major so many times that my college advisor probably pulled out his hair when I wasn't looking. Areas of study I dabbled in? Marine Biology, Sign Language Interpretation, Accounting, Business Law, Speech Therapy, Teaching, and Psychology... just to name a few.

4. I don't like to pay full price for things, so I'm always looking for a great deal.


5. It's very hard for me to stay focused on most things for long periods of time.


6. Sometimes, I get my left and right confused when looking AT something.


I bestow the Kreativ Blogger Award and/or Versatile Blogger Award to 7 Fabulous Bloggers. If you've already received it, then this just shows how AWESOME you are. :) 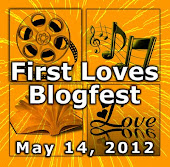 
Movie - Return of the Jedi

Even though I enjoyed the first two installments back in the day, Return of the Jedi was the movie I loved.
Hello? Space, amazing mind powers, family drama, love, Han Solo *sigh*... and the infamous I am your father scene still gives me chills!

My grandma loved music, and it's because of her that I love Elvis, The Beatles, and Steve Miller Band.
I couldn't choose just one song from those so I decided to pick one from G N' R. Yeah, I know. Total opposite of the spectrum, but I remember the first time I heard it. My friend, Jen, and I were dancing around to music. Sweet Child O' Mine came on MTV, and we both flipped out over this song.

Book - From the Mixed-Up Files of Mrs. Basil E. Frankweiler by E.L. Konigsburg

Being the oldest child, with three younger brothers, I totally related to this book when I was younger.
To live in a museum? How cool would that be? Now, being an adult, I think back and love that I had a wild imagination.

(Allen with my little brother, Nick)

At age 18, I married my first husband, Allen. Yep, I was a young pup. We were together for only six months when he passed away in a car accident. At such a tender age, I can honestly say I didn't know how to handle it. That first year after his death is a blur of images that my brain protects me from remembering. That didn't keep me from being angry and guarded. I didn't want to love again because I didn't want to go through the pain from loss. Also, I couldn't fathom why I was alive and Allen was dead. He had such a beautiful soul, but God must've needed him more than I did.

(my hubby and me) 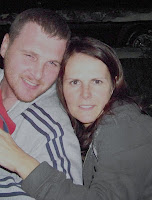 Three years later my BFF introduced me to this guy named Lenny. My stomach did little flips, but I was so scared. I hadn't felt this way since my first husband. And what if I was a jinx? What if this guy dated me and he got in a car accident and died, too?  I pushed him away, but he was so patient with me.
On the four year anniversary of Allen's death, Lenny sent me flowers in memory of my first husband. I kept thinking how could he be so sweet? I mean, seriously. What man would do that? Not many.
Lenny showed me that it was okay to mourn -- that grieving was healthy and that I needed to do that in order to move on. He also showed me that it was okay to laugh, to live, and to love again without feeling guilty.
My first husband will always have a special place in my heart, but Lenny holds the key.
Posted by Jackie 68 comments:

Dani @ Entertaining Interests interviewed me.
Go HERE to check out the fun time we had!!! 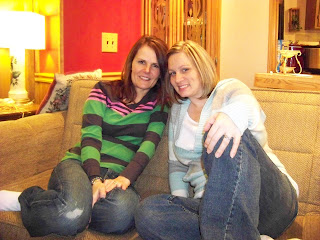 Also, we're co-hosting a fab blogfest on June 12th & 14th.
I'll recap the deets below so you can sign up. 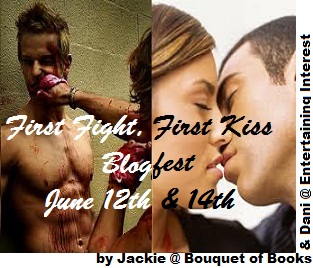 Share your 1st FIGHT and 1st KISS scenes in your MS’s or WIP’s.
If you’re not a writer, please tell us about your real life firsts. We want to read and experience them all!

The First Fight/First Kiss blogfest will go as such:

Post 1 will be on Tuesday, June 12 - Share your 1st FIGHT scene on your blog.
...Maybe you wrote a lovers spat ...or a battle scene ...or a classic fist fight.
...It can be physical or verbal, fists or magic. Whatever you'd like to share.
Post 2 will be on Thursday, June 14 - Share your 1st KISS scene on your blog.
...Maybe it's a peck on the cheek or a full fledge kissing session. Whatever you'd like to tell us.

Dani and I will each pick our favorite scene from each day. That’s 4 prizes total, folks. What are the fabulous gifts for the winners? $10 email-giftcards to Amazon or Barnes & Noble so you can choose that book you’ve been wanting or download it to your Kindle or Nook.

Sounds like fun, right? So what are you waiting for? Enter using the linky thingie below and pass the word around.

Reflection time . . .  let's see . . . I did try to get my A to Z Challenge posts in on time, but I had a couple setbacks and on a few days, I ended up posting them late at night or I think one was the next day.

You see, when I write my manuscripts, I'm a panster who plots with a tiny outline…I dub myself with a new title … Planster. Anyway, I figured I could do this “planstering” with the A to Z Challenge.

Uh, no. It became very difficult to post everyday (save for Sundays) and there were times I just didn’t know what to write, even though I’d had a subject right in front of me. I mean, sometimes I shared things I love--Adam Levine and Maroon 5. Other times I talked about stuff that I thought others might find interesting--great white sharks and killer whales.

And then there were the days where I was like, “What the flip do I have to say that others will even want to read about?” 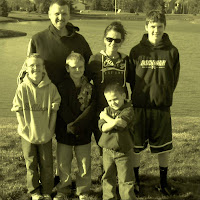 I have four boys. I’d call myself a soccer mom, but none of them play soccer. Basketball, baseball, and football are their sports. I’m constantly running, which I LOVE, so don’t get me wrong. I wouldn’t trade those extra-inning games or butt-numbing-bleacher moments at all. I cherish these memories and adore my sons. They come first, which is why my A to Z Challenge may have faltered a tad. It's my fault for not prepping WAY AHEAD for the Challenge, and not just with some small outline.
Which brings me to two things I learned:
Theme = the way to go
Schedule posts = a must

I met some killer people through this challenge, which was a total bonus: 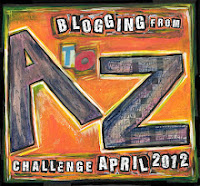 Email ThisBlogThis!Share to TwitterShare to FacebookShare to Pinterest
Labels: A - Z Challenge, Blogging from A to Z Challenge

The purpose for the Insecure Writer's Support Group is to encourage one another and share things that we're dealing with in our writing ventures. Alex J. Cavanaugh (the IWSG's host) puts it best: It’s a safe haven for insecure writers of all kinds!
To join, click on the IWSG pic above and post on your blog the first Wednesday of every month. 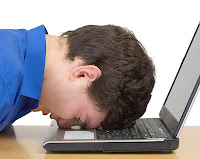 This past month was rather "eh" for me and my writing. Anything I wrote seemed to not work together like I'd planned. Plot holes can really put a damper on things, and I was ready to say "Screw this."
Kimmy, one of my wonderful beta's and also my super cheerleader extraordinaire sensed something because, well, that's how awesome she is. We talked and I told her I wanted to hit the delete button, that I can't write, that my work is pathetic. She talked me down off the keyboard and to move away from the delete button. She told me that she loves my work and has faith that I will get there.
I'm learning to share in that faith.
Do I think I would've really quit? No, but I did need that push and those words of encouragement. Sometimes, we can't do it alone. And that's okay. 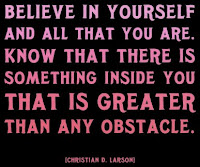 Do you ever get down on yourself? If so, what do you do to get back in the swing of things?